All Categories:
HomeBlogTheory and DiscussionWho is The Strongest Four Emperor (Yonko) in One Piece?
Blog The Four Emperors are the most powerful and notorious pirate captain in the world and they are the closest to become the Pirates King. Even though it was mentioned that Marines, Shichibukai, and 4 Emperors are the THREE GREAT POWERS that rule the ocean. During the Battle of Marineford, we can clearly see that just 1 of the Four Emperors, Whitebeard Pirates can fight against with the whole team of Marines and 7 Shichibukai. So, there is a high chance that when there is an alliance of 2 Yonkos to fight with Marines, the World Government might face a breakdown.

Since 4 Emperors are so powerful, have you wonder what would be happened if they are fighting with each other? Who might be the Strongest Four Emperor in the ocean?

Charlotte Linlin aka Big Mom is the only female character in the 4 Emperors.

Big Mom owns Soul-Soul Fruit which allows her to extract the soul of victims and taking away their lifespan by any amount of her choice. If the amount is significant, the victim will die as no more life to live on.

Besides, she can put the harvested souls into non-living things to become creatures called Homies. These homies have the human abilities and able to fight upon her command.

Big Mom owns tremendous toughness due to her extremely tough skin as mentioned by Bege previously. This iron balloon body can protect Big Mom from any attacks for instances, sword, cannon & gun fire.

Big Mom creates 2 special Homies called Zeus and Prometheus. Zeus is a thundercloud and Prometheus is a miniature sun. Both of them are able to release destructive explosions and control weather around Big Mom.

So far, Mother Carmel’s photograph is the only weakness Big Mom has. When there is a damage to this photograph, Big Mom will undergo a psychological crisis and make her iron balloon body weaken.

In Short, Big Mom is very powerful to her Soul-Soul Fruit, Iron Balloon Body and her weather control ability. However, we ranked her as No. 4 strongest Yonko as she has significant weakness and we don’t think she could win over Kaido, the Strongest Creatures in the World.

Kaido is the captain of Beasts Pirates. While Whitebeard is known as “The Strongest Man in the World”, Kaido is known as “The Strongest Creature in the World” according to Trafalgar Law. Does it mean Kaido is stronger than Whitebeard? We are not sure but from the fact that he didn’t get any physical injury while jumping down from Sky Island which is ten thousand meters above the ground proves that he is an incredible monster.

Not only jumping from Sky Island proves his physical strength, but he also defects Eustass Kid easily who was portrayed as the strongest Worst Generation in the past. Not to forget the fear coming out from Doflamingo when Kaido’s name was mentioned.

Side effects of the Devil Fruit are the only weakness Kaido has now. Devil Fruit user will become helpless when submerged in sea or physical contact with Seastone.

In conclusion, although he is famous for his apparent inability to die due to his tremendous toughness and durability, he has been caught and tortured 18 times before. It implies that he is not unbeatable. Here, we ranked him as No. 3 strongest Yonko as Shanks’s incredible Haki is ranked higher than Kaido’s strength.

Shanks (as known as Redhair)

“Redhair” Shanks is the captain of Red Hair Pirates and he was a crew of the legendary Pirate King – Gol D. Roger. Now, he is one of the Yonko that ruling the New World.

Shanks not only master all the 3 types of Haki, but probably only owning the strongest Conqueror’s Haki in the ocean. During his meeting with Whitebeard, most of the Whitebeard crews were fainted due to his Conqueror’s Haki.

Oda also mentioned that Shanks’s Haki could have knocked down 100,000 pirates in Fishman Island.

Mihawk, the Greatest Swordsman in the World recognized and respected Shanks as his rival. It simply implied that both of them fought before, and they might be equally matched.

Besides, with his sword, he was able to match a blow with Whitebeard and able to withstand Akainu’s attack.

Surprisingly, Shanks is the only Yonko without eating Devil Fruit as he was able to swim to save Luffy in the past. Isn’t Shanks will be the winner if 4 Emperors are fighting each other in the sea?

His losing arm is the only weakness we can mention here. It might weaken his physical ability but never weaken his Haki and power.

In conclusion, as far as we wanted to ranked Shanks as No. 1 strongest Yonko, we ranked him as the No. 2 Yonko here due to the existence of Blackbeard as the main antagonist in One Piece. Shanks is still very powerful as he was able to stop Kaido from attacking Whitebeard when Whitebeard was saving Portgas D. Aces. Besides, with his appearance, Akainu and Marine ended the War at Marineford with Whitebeard Pirates. Not to mention his greatest Haki, his excellent swordsmanship and having a kind-hearted behavior.

Marshall D. Teach aka Blackbeard is an infamous and powerful pirate. He was a member of Whitebeard Pirates until he stolen the Dark-Dark Fruit by killing Thatch, commander of the 4th division of the Whitebeard Pirates. He became one of the Shichibukai by defeating Ace and handed him to Marine. However, after his raid to the Impel Down and recruited infamous prisoners from Level 6, his position of Shichibukai was gone. After the Timeship War, with his overwhelming victory over the remaining Whitebeard Pirates, he replaced Whitebeard as one of the newly Yonko.

He is the only pirate who owning 2 Devil Fruits. With his Dark-Dark Fruit, the greatest Devil Fruit in the world, he is able to absorb and pull in everything like an actual black hole. Moreover, he is able to nullify the other devil fruits abilities through physical contact. With his power alone, he was able to defect Portgas D. Ace.

After the Marineford War, he acquired Tremor-Tremor Fruit from Whitebeard, which gives him extremely destructive power. With this power, he can simply create earthquake and tsunami, raising his power to a whole new level.

Due to Dark-Dark Fruit’s gravitational power, Blackbeard is not only unable to avoid the physical attack but also will attract the attacks toward himself faster, which makes the damage even more to his own body.

In a nutshell, in term of power, Blackbeard not only able to make scars on Shanks’s face in the early days but also owning the 2 most powerful devil fruits at the same time. He might not able to control the power of Tremor-Tremor Fruit initially, but with the time passes by, he will be mastering it. In addition to his power, Blackbeard also portrayed as a smart strategist who hidden his ambition and executes his master plans strategically to reach who he is today. As the stories progress, definitely, Blackbeard will be the biggest antagonist for Luffy. With that, we ranked Blackbeard as the No. 1 Yonko.

To all One Piece Fans, who do you think is the Strongest Yonko in your opinion? Free Feel to leave a comment below for discussion.

On the other hands, do subscribe to our newsletter to get new articles/updates about One Piece.

In addition, if you want to collect some awesome One Piece items or simply looking for gifts for your friends and family, do visit us as we have a wide range of 300+ One Piece Merchandise!

Family of One Piece

The Top 10 Things I Want to See in One Piece Do your homework. It’s not confirmed yet that Kaido does have a devil fruit.

One Piece Episode 1200+ Details Released, Luffy Was Captured By Navy And More…

Spoiler Manga One Piece Chapter 884 | Family of One Piece

Spoiler Manga One Piece Chapter 882 | Family of One Piece

Spoiler Manga One Piece Chapter 885 | Family of One Piece

Most Popular Products from Our Store 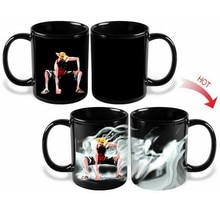 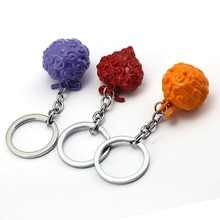 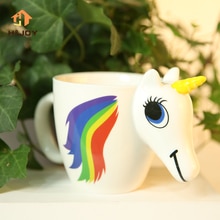